/* close first toggle of an accordian be default */ 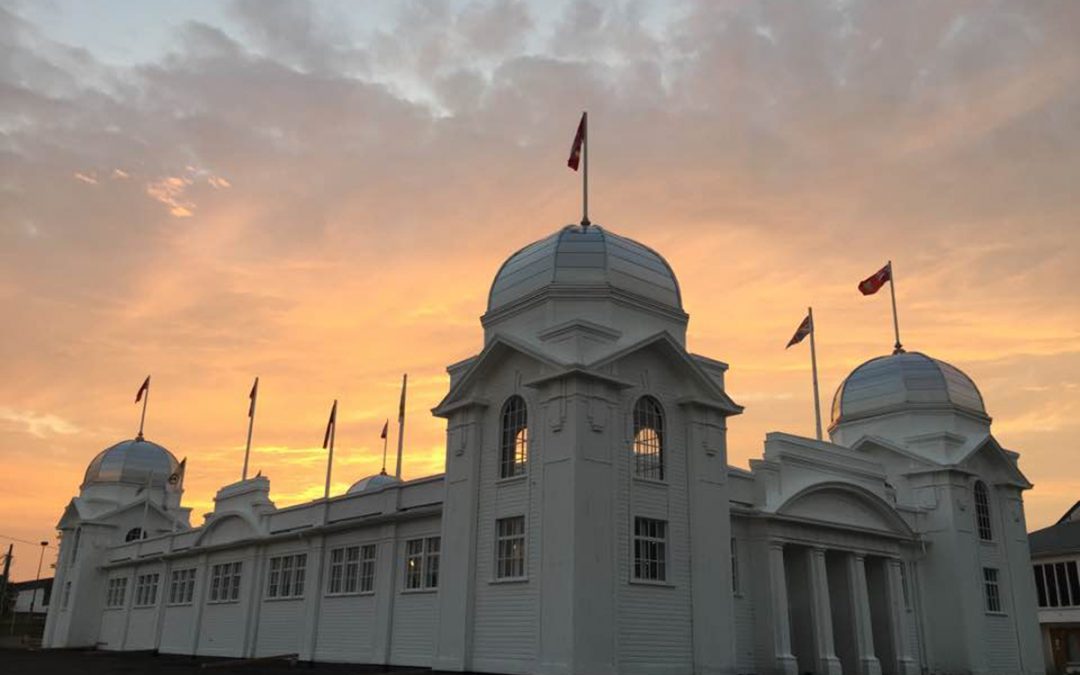 Built in 1913, Brandon’s iconic Dome Building is a symbol of the city’s rich agriculture history and a landmark for the Provincial Exhibition of Manitoba and their annual fairs and exhibitions.

Officially known as Dominion Exhibition Display Building No. 2, it is the only known surviving building associated with the Dominion Exhibition, an annual agricultural fair held across Canada in different towns and cities from 1879 to 1913. Thousands of people attend the 1913 fair in Brandon, which ended up being the final Dominion Exhibition. The following year’s event was cancelled when the First World War broke out, and the initiative was never picked back up.

The building was designated a Provincial Heritage Building in 1984 and a National Historic Site in 1999. Ten years later, restorations began to restore Display Building No. 2 to its former glory.

Working with all levels of government and community donors to secure funding, and strong support from the Gord and Dianne Peters Family Fund, the building was officially re-opening on June 1, 2019 with the offices of the Provincial Exhibition moving in followed by a collection of other local business tenants.

Grants received from the Brandon Area Community Foundation have contributed to several projects. A $5000 grant in 2011 provided support of the initial phase of restoration followed by a $10,000 grant in 2013 to support interior developments and an addition grant in 2018 of $5000 to purchase AED machines and baby change tables for the building. The Provincial Exhibition is grateful to be recognized as a community builder by the Brandon Area Community Foundation. These financial donations have been an integral part of the success in this extensive project.

The building blends the past, present and future with the outside preserved to nearly 100 per cent accuracy based on heritage guidelines, while the interior has embraced contemporary technology.

Today, the building is host to a wide variety of social functions, meetings, learning opportunities, fairs and livestock shows. The building has inspired a passionate community that continues to drive the success of the project for future generations.