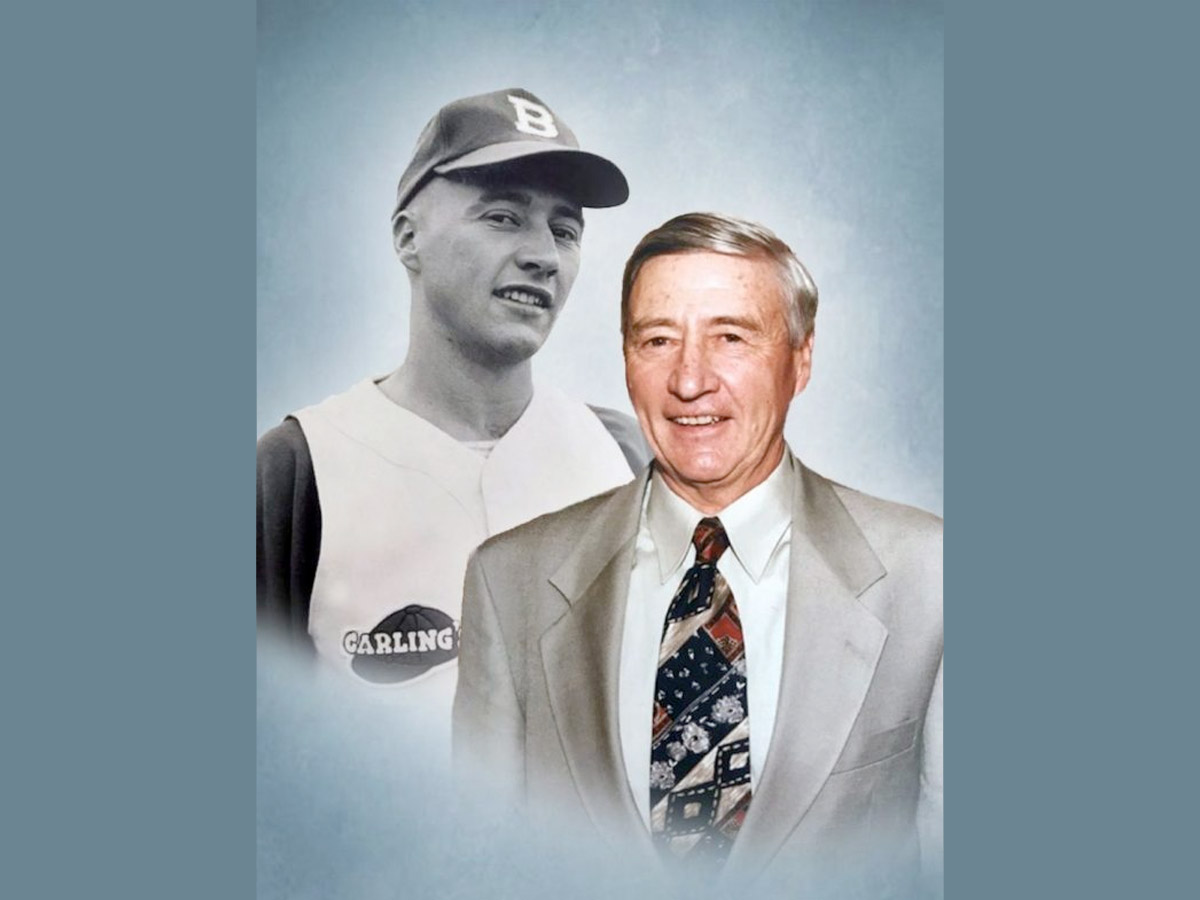 Irv Powers was an avid athlete who excelled in baseball and hockey. Born in Nesbitt, MB, Irv played in various minor, junior and senior leagues in Brandon and the Westman area. He was a fierce competitor, teammate, coach, and mentor who loved to be on the ice and diamond. He was born in 1934 and lived and worked on the family farm at Nesbitt. He had a 34-year career with Manitoba Hydro. He passed away at the age of 86, in November 2020. He is survived by his wife Audrey, and his children Jarrett, Jason, and Sherrill-Lee and their spouses, as well as four grandchildren. Mr. Powers was passionate about the game of baseball. A speedy outfielder, he played minor ball in Nesbitt, Junior in Souris and Senior ball with the Brandon Cloverleafs. A serious work accident in 1957 ended his playing career. Determined to not let the accident keep him from the sport he loved and with the support of family and friends, he returned to the diamond as a manager. He went on to coach the Brandon Cloverleafs for 23 years, winning several league and provincial championships. He was a provincial coach in five national senior baseball championships, winning gold in 1971 and silver in 1973. He coached both minor hockey and baseball in the Brandon area and also served in an administrative capacity for the Cloverleafs’ organization for many years. Irv was honoured for his baseball achievements in 1997, as one of the first members of the Manitoba Baseball Hall of Fame. In honour of their Dad, Grandfather, Husband and the sport he loved, the Powers Family have created a baseball scholarship. This scholarship in the amount of $750 will be awarded annually to a graduating student who is a current member of Brandon Minor Baseball or the Westman Softball Association, and will be attending a Canadian or United States post secondary college or university. The successful candidate must demonstrate academic achievement, community involvement and leadership skills. The recipient must exhibit a high degree of sportsmanship and participation in the game of baseball or softball.